This article is the first part of a 2-part series about cheese in Japan. Here, we explore the history and modern consumption of dairy in the country. The second part is an interview at a cheese specialty restaurant in Tōkyō with two Japanese chefs.

When talking about Japanese food, cheese (チーズ, chīzu) certainly doesn’t come to mind first. Although it is now mostly viewed as part of the recent westernization of the Japanese diet, cheese culture in Japan goes surprisingly far back in history. Indeed, it was already mentioned in antique texts from the Asuka period, and is even linked to Buddhism. From an imperial delicacy to a medicinal superfood, then a symbol of civilization to a modern staple, in this article we will take a look at the history of cheese and dairy in Japan.

Cheese and Buddhism in ancient Japan

Although Japan doesn’t have a long history of dairy consumption, cheese was already known and mentioned during the Asuka period. Cheese brought from the kingdom of Baekje (current day Korea) was presented to the Emperor Kōtoku in 645, and a form of cheese called so (酥) was produced in Japan.1 Although the exact recipe isn’t known anymore, it is speculated that it was made by boiling cow milk and then letting it harden. Since it doesn’t seem to have been aged, it was probably closer to fresh cheese in taste and consistency. As it was very rare and expensive to produce, it wasn’t available to commoners and was mostly used as an offering to the imperial court or in religious ceremonies.2

Daigo (醍醐) is another type of cheese mentioned in ancient Japanese texts that held an important meaning for certain branches of Buddhism. In the sacred veda Dai-hatsune hangyō (大般涅槃経, “Mahāyāna Mahāparinirvāṇa Sūtra” in sanskrit), the five steps for producing daigo are used as a metaphor for the five steps to purify the mind. Those five stages are described in Japanese as: 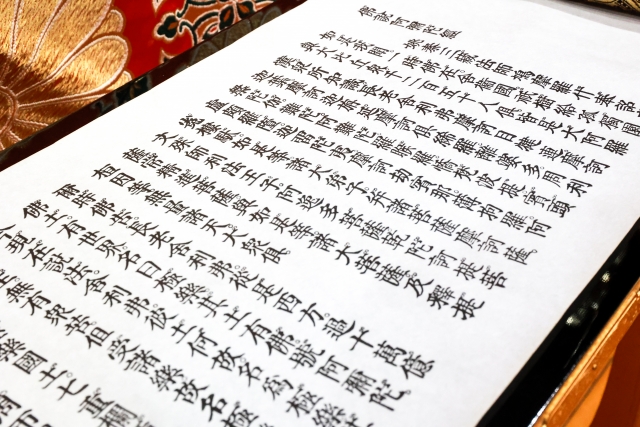 The daigomi (醍醐味), or daigo flavor, is described in the text as the ultimate flavor. As with the so recipe, the process for making daigo has been lost. It is speculated it might have been a kind of clarified butter, close to the Indian ghee.3

With the imperial court culture gradually fading away at the end of the Heian period, dairy stopped being produced altogether and cattle farming gave way to horse breeding to answer the needs of the rising samurai class.4 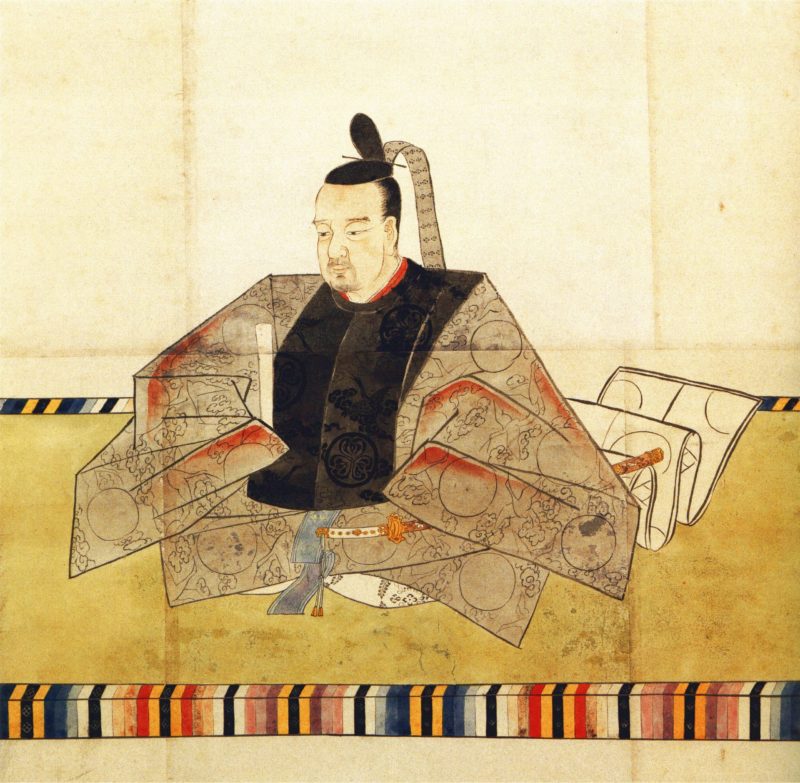 Cheese reappeared in Japan during the Edo period. In 1728, the 8th Tokugawa shōgun Yoshimune ordered the acquisition of three white cows from India to set up a dairy farm in Awa province. Those cows would serve to produce hakugyūraku (白牛酪, white cow butter). Hakugyūraku was made by adding sugar to heated milk before boiling it down at a low temperature while stirring. Once the milk started to curdle, it was poured in a mold and left to cool down. The taste might have been similar to caramel flavored milk. It was considered a nutritional and rejuvenating medicinal food.

The 11th Tokugawa shōgun Ienari, renowned for his vitality (he had no less than 53 recognized children, and probably more unidentified ones!), attributed his excellent health in part to the regular consumption of hakugyūraku, to the point where he commissioned a Hakugyūraku kō treaty to the physician Momonoi Minamoto-no-in to promote its benefits. Although probably expensive and difficult to find, hakugyūraku seems to have been available for purchase by commoners as well.5 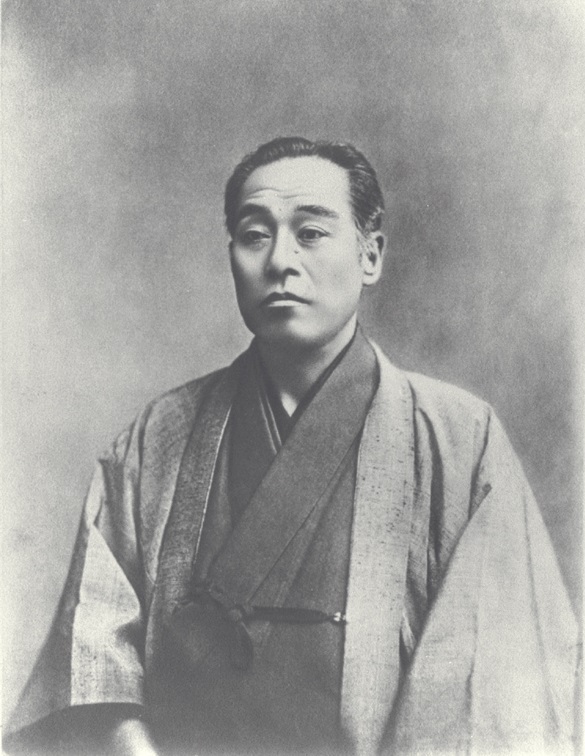 Larger scale cheese and dairy production would only start after the Meiji restoration. During this period, the newly formed government and various interest groups would push for a rapid modernization of the country. Similarly to meat dishes like gyūnabe, dairy would come to be viewed as a modern, progressive food that would help Japan catch up with Western countries. In 1870, the dairy and cattle company Gyūba Kaisha commissioned a pamphlet about the merits of the meat and dairy diet to the Japanese author and modernization proponent Fukuzawa Yukichi.6

In this Nikushoku no setsu (肉食之説, “On Meat Eating”), Fukuzawa expands on the health benefits of animal products and the necessity to go beyond one’s preconceived ideas. He also explains milk is even more important for a sound body, using Switzerland as an example of a mountainous country without fishes, whose people are nonetheless healthy thanks to their diet based on dairy. He also describes various dairy products and how to consume them, writing them in both Chinese characters and in English:7

The government was also promoting this new diet, seen as a way of producing bigger, stronger and healthier citizens. In 1871, the November issue of the Shinbun Zasshi newspaper announced the Emperor himself was drinking two glasses of milk per day. Milk would be served in school lunches, and Keiō University (founded by the aforementioned Fukuzawa Yukichi) started providing meat-based lunches at its canteen. However, Japanese people were still wary of those foods, as they had been considered impure for a long time due to Buddhist taboos. It would take several decades before dairy products became widely accepted and consumed.8

Aside from those efforts in public relations, the Meiji era was also a period of learning and experimentation for domestic dairy production. Following a push by the government to settle the northern island of Ezo, soon to be renamed Hokkaidō, cattle ranches and dairy farms were established across it. Helped by foreign experts and using Western treaties (to various degrees of success, notably due to the barrier language), Japanese farmers and craftsmen worked on establishing a local milk and cheese production.9 To this day, the vast majority of the Japanese domestic dairy production is still concentrated there; a 2013 survey from the Ministry of Agriculture estimates that out of the 1’420’000 milk cows raised in Japan, 800’000 (more than half of them) are located in Hokkaidō.10

By the start of WW2, Japanese companies were producing their own brand of processed cheese, such as the Yuki Jirushi Hokkaidō (雪印北海道, Snow Crest Hokkaidō).11

After the war: rising popularity​

During WW2, the production of cheese shortly came to a halt. It quickly resumed after the end of the war, and consumption steadily increased in the second half of the 20th century. The gradual westernization of the Japanese diet is credited with this rise in popularity. The introduction and subsequent boom in popularity enjoyed by foods like pizza, cheesecake, pasta and tiramisu have greatly contributed to both the importation and local production of cheese.

Processed cheese has enjoyed relative success in Japan due to its longer shelf life and its mildness, more palatable to the Japanese audience unused to strong dairy flavors. In 2018, Japan consumed 352’930 tons of cheese, of which 142’563 tons (40.4%) was processed cheese. 18.2% of this processed cheese was locally produced, while the rest (81.8%) was imported.12

This reliance on imports also explains the high cost of cheese in Japan. As of 2022, there is a 29.8% tariff on all cheese products imported in Japan. This tax is imposed on the combined costs of importation, meaning not only the price of the commodity itself, but the transportation, insurance and afferent fees are included. Soft cheeses that need to be shipped quickly via plane (at a greater cost than by ship) get therefore even more expensive for the end customer.13

Although processed cheeses are popular and distributed on an industrial scale, smaller local farms strive to create their brand of Japanese natural cheeses. Those family run businesses work to create original cheeses by associating common techniques with Japanese ingredients and staples. 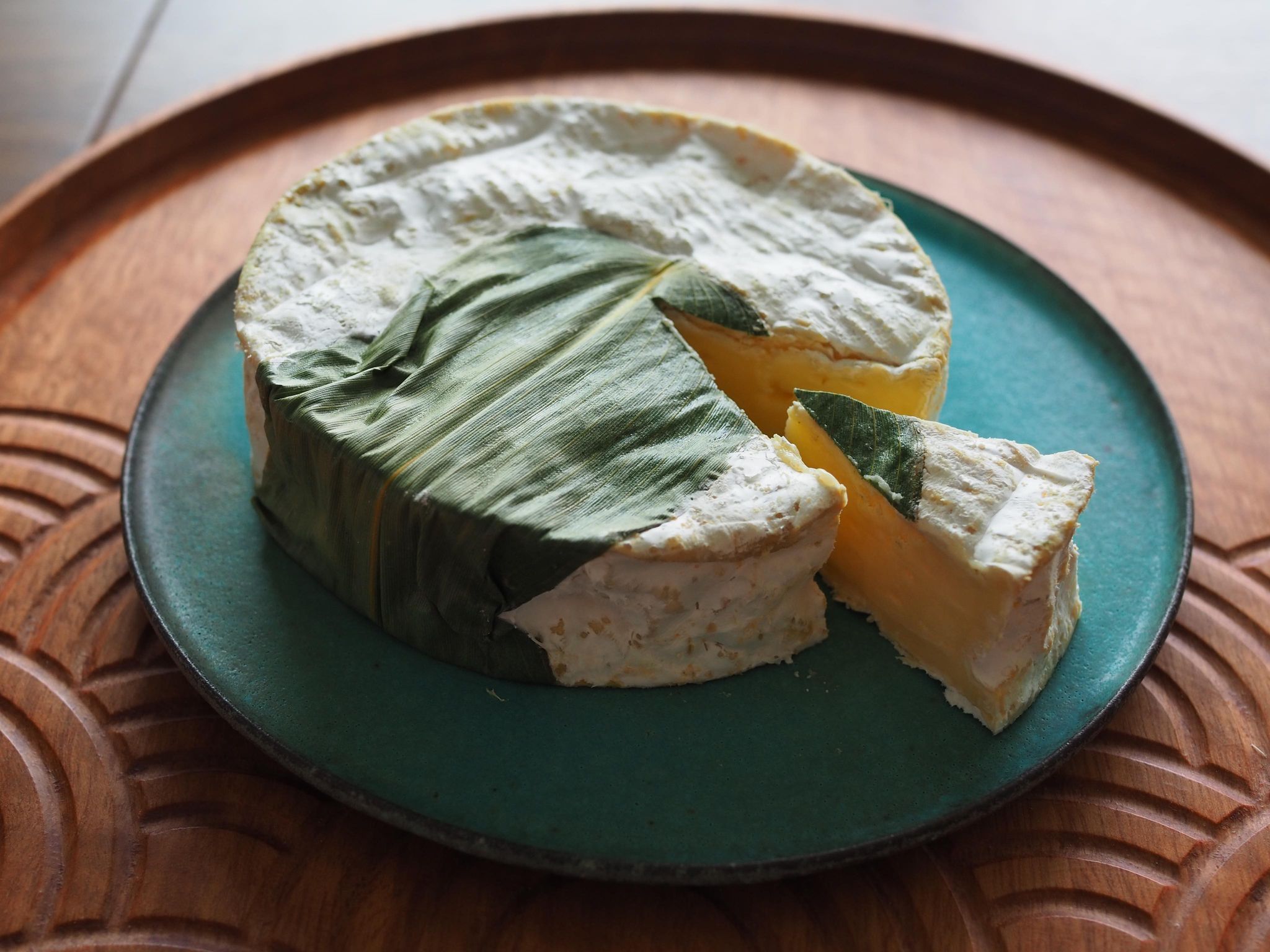 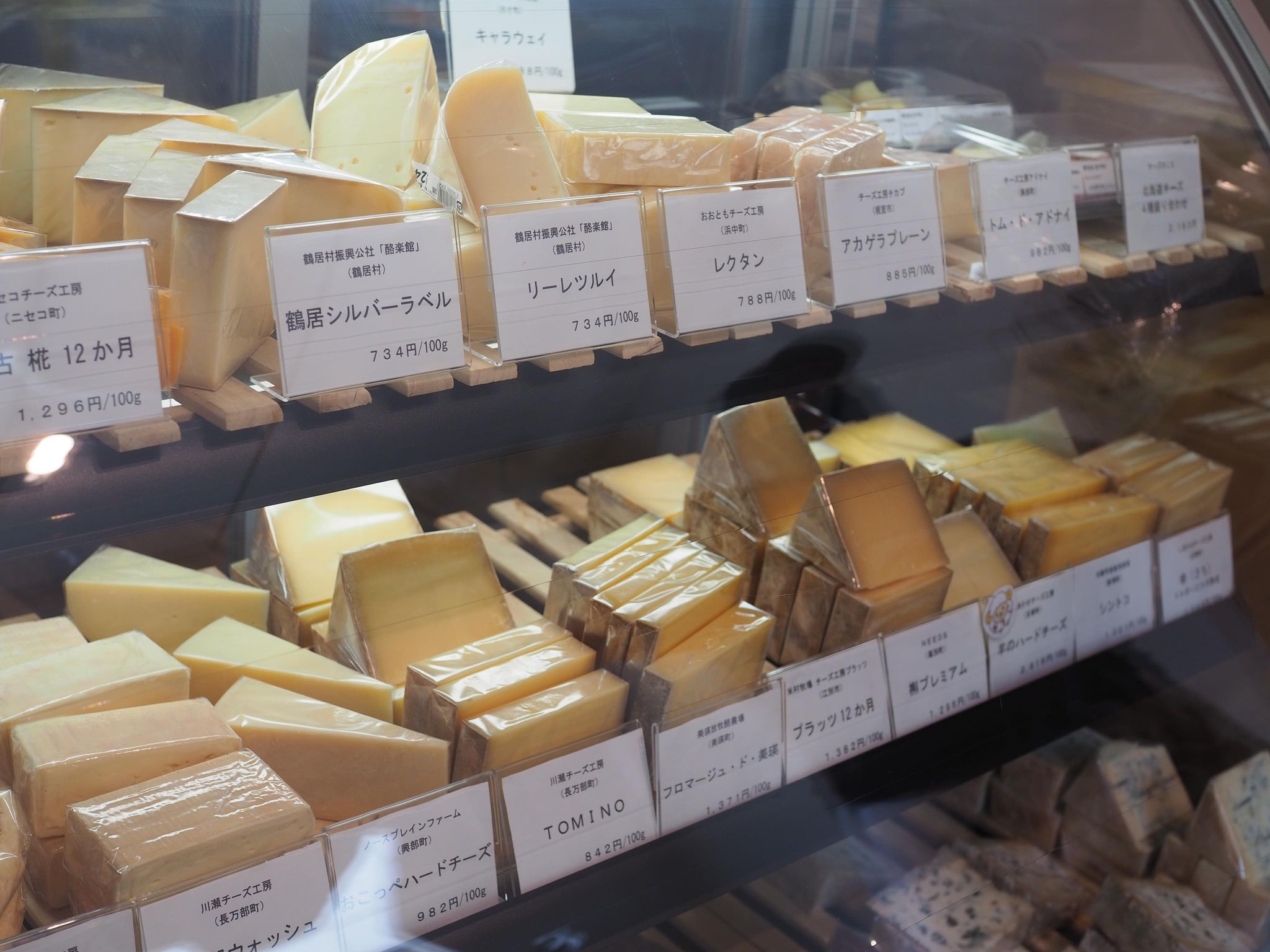 Fromagerie Sen in Chiba prefecture uses native lactobacilles and yeasts to make a soft cheese then dusted in bamboo ashes to produce their unique Takesumi (竹炭, bamboo charcoal).14 Kyōdōgakusha Shintoku Farm in Hokkaidō produces various cheeses such as the young bamboo leaf wrapped camembert Sasayuki (笹雪) or the Sakura (桜) soft cheese, topped with a pickled cherry blossom and wrapped in a shiso leaf.15 And those efforts are being recognized internationally.

In 2004, the Sakura cheese won a gold medal at the Mountain Cheese Olympics in Switzerland, and Japanese cheeses are regularly ranked high in international competitions and exhibitions.16 Japanese and international associations look for ways to promote cheese eating in the country; for instance, the Cheese Professional Association organizes examinations and delivers certificates aimed at professionals working with dairy products.17

Although cheese still isn’t as present as in some European countries, it is slowly but surely securing its place on the Japanese dining table.